How Wearables Like Google Glass Are The Future Of Law Enforcement

August 19, 2014 in The Internet Of Things, Wearable Technologies 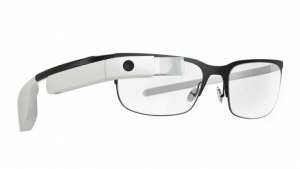 We all live in a “need it right now” world. We want news, information and entertainment right now in real time. Call it an effect from the internet, social media or even mobile devices, but it is what is now expected. Most recently due to the developments in law enforcement, communities are wanting answers and evidence sooner rather than later and being connected via a mobile device has helped that need. Video shoot or live Tweets have helped bring light and real time updates in many situations,. How about those who can’t take video via their mobile phone, like police, are body cameras and wearable mobile/ internet devices like Google Glass the answer?

*See this link to a petition on change.org to make it mandatory for law enforcement in Ferguson & St. Louis County to wear body cameras while on duty.

In a recent study on “body camera technology” in the City of Rialto, California the first year in use in force by police officers went down 60% and citizen complaints against police went down 88%. Numbers don’t lie both police officers and civilians act differently when on camera.

There are departments all across the country who already use body cameras to film all activity from a officers perceptive, but as technology grows there are also many benefits to what are called “The Internet Of Things” or “Wearables” like Google Glass.

Location Based Services – Directions, along with location tracking for travel logging for near precise location of events as they occur.

Internet Connectivity – Get Answers from web search or communications from others.

I think we all would agree that there is a certain level of privacy that we would release for a safer and more just community. Whether we like it or not more data, more info and more real time answers are what the world wants we might as well use it for good.