Why Every Political Candidate Should Use Geofencing As A Campaign Strategy

It is that time of year, and no, we aren’t talking about Fall or Halloween – we are talking about election season. The time of year when political campaigns are everywhere we look. If you’re on the side of creating campaigns, then you will want to pay attention to this because we know you don’t want to waste time or money with ads during this crucial time.

On this day, we are just a few weeks away from the general election. So it is extremely important to show ads to the right people.

Let’s take Nevada as an example, if you aren’t aware Nevada is a swing state, so candidates are racing to appeal to the voters there. In fact, with the exception of the 1976 election, Nevada has given its electoral votes to the winning presidential candidate in every election since 1912, according to the University of Nevada, Las Vegas. 2016, however, broke that streak when candidate Hillary Clinton won the state. Now, here we are in 2020 and Nevada has been through a lot, to say the least. While we have all experienced the effects of COVID-19 and shutdowns, it was unimaginably hard for the State of Nevada whose economy depends on tourism and gaming revenue. The main source of the economy was shut down for months.

According to the Bureau of Labor Statistics, the unemployment rate for the nation fell to 7.9 percent in September. According to the Nevada Department of Employment, Training and Rehabilitation, the unemployment rate was 13.7 percent, more than the national average. You’re probably wondering why we are taking you through this history lesson/current events. Well, it is to highlight how different states are concerned about different topics. When this occurs, it is vital to share political ads based on what is happening in that specific area.

This leads us to show you how you can effectively target people based on the issues they face. Targeted messaging is meaningful and will help voters understand where candidates stand on specific issues and in this case, how they will help fix problems. So, in the case of Nevada, a candidate may discuss unemployment, the economy and other factors. Those ads may even have language referencing the tourism and gaming industry specifically. 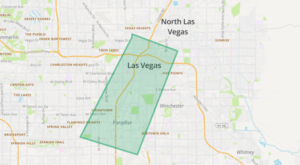 With targeted messaging in place, the next step is to make sure it is seen by the right people. To do this, you can use geofencing to build virtual perimeters around the areas where those voters reside. Geofences can as precise as a congressional district or be as large as an entire state or even country. A geofence can also be drawn as small as the foot print of a building. Back to the case of the state of Nevada, there may be ads specifically referencing the voters who work in casinos so a geofence can be created around the City of Las Vegas and its neighboring populated areas where workers reside. A broad ad discussing the state’s high unemployment rate could be targeted to voters in the entire state.

This year, candidates are projected to spend about $6.7 billion on advertising during the election cycle, according to NBC. That is more than $1 billion over what was spent in 2016 and 2018. It is essential to make every dollar count. By using these targeted tactics with geofencing, candidates can ensure their ads are being seen by the right people who will be voting.