At the beginning of 2021, slightly over 70 million households had cable subscriptions. Advertisers could reach more than 84 million households through connected streaming TV services, as shown on Statista. These figures indicate that we have finally reached a tipping point where consumers prefer streaming services over traditional television formats such as cable and satellite. 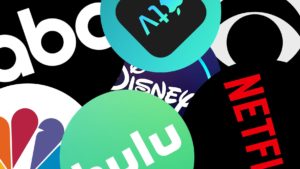 What does this imply for marketers? It is time to transition to digital advertising formats such as Connected TV (CTV). Many are already. Recently, eMarketer released CTV advertising spend projections in 2021, projecting $13.4 billion that year, $17.4 billion in 2022, and $21.4 billion in 2023. Ad revenue is expected to rise for all CTV providers, including Hulu, Roku, and Tubi.

It is difficult to skip CTV ads when viewers have already opted into the show they want to watch. They could mute the ad, but CTV commercials are shorter than the average commercial break. As per StackAdapt, some streaming platforms do charge extra for ad-free viewing but most consumers do not pay for this. Four out of five CTV viewers in the United States continue to see advertisements.

As a result, connected TV appears to be the natural successor to the traditional TV ad industry, with a high potential for further growth. The technological capabilities are far superior, but the audience is virtually identical.

Here is the top 5 benefits of connected TV or CTV advertising for advertisers to know and leverage.

They Reach People Where They Are.

Whether cord cutters or cord shavers the number of homes tuning in to connected television is growing and quickly outnumbering traditional TV formats. Connected TV can reach approximately 72 percent of households. The most effective marketing campaigns meet customers where they are, which is increasingly on connected devices.

Enables Advertisers to Monitor Online and Offline Sales with Attribution Partners Who Measure the Campaign’s Impact on Performance.

CTV has long been regarded as a channel appropriate for an omnichannel marketing strategy’s awareness and consideration phases. Since most CTV ads aren’t clickable, advertisers have a hard time connecting the ads to actual sales. With various measurement and attribution solutions now available, advertisers can see how the ad relates directly to online and offline sales, justifying this ad format for all stages of the buying journey.

Advertisers can measure the impact of CTV on sales lift, track exposure across your CTV/OTT campaign, and tie it to offline sales using metrics such as:

CTV Caters To Everyone.

The days of a single CTV service dominating the market are long gone. Along with established connected TV full-episode players like Hulu and Amazon Prime, networks will continue to enter the market with their streaming apps (i.e., AMC or, Discovery).

Short-form and niche content that appeals to a wider range of audiences is becoming more accessible thanks to emerging ad-supported CTV platforms. This variety enables a more targeted approach—digital advertisers can use the right content to find their audiences based on very broad or specific interests.

Advertisers who have long relied on linear television advertisements must understand that CTV allows them to reach a larger audience and better target their desired consumers. When you invest in linear television ads, you pay for your ad to be seen by all viewers, regardless of demographics or contextual factors. Some may be interested in your product, some may be part of your target audience, but some may be neither, wasting your valuable advertising dollars.

Deliver ads to contextually relevant placements via pre-determined content categories with CTV advertising, ensuring that you reach consumers interested in your brand or product.

Since digital advertising has massively shifted on television, there will soon be no smart television without ads. It is an opportunity for advertisers to save money on impression costs (regarding TVs). So, why are they less expensive? When users view an ad on their Internet-connected device, only one person sees the creative, whereas multiple people can see ads on television. People typically like watching smart television with family and friends i.e., in the company of several other viewers. This means that when an ad is viewed on a smart television, it is can be seen by multiple people simultaneously, lowering the advertiser’s cost per impression significantly.

The advantages of CTV demonstrate why advertisers are shifting to this digital-first channel. First and foremost, more consumers are adopting this mode of TV viewing. Aside from the increasing viewership, the flexibility, pricing, and audience targeting capabilities make it a clear winner. The cherry on top? Advertisers can track all marketing efforts in a single location with accurate measurement and attribution. With connected TV advertising (CTV), brands can see how all digital channels are working together to make their omnichannel advertising strategy a success.