The Difference Between OTT And Connected TV Advertising

Over-the-top or OTT and connected TV (CTV) devices are the most popular methods of accessing TV/video content. However, these terms can be easily confused with one another. So, it is important to understand the differences between connected TV and OTT advertising.

OTT is the mechanism through which TV/video content is delivered online through video on demand (VOD) and streaming in addition to traditional network providers. 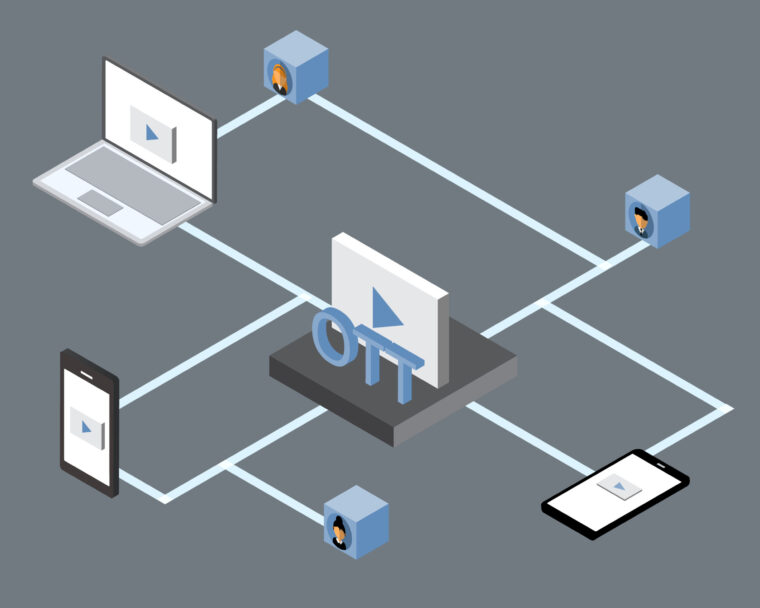 Some of the Devices Classified as CTV Devices Include:

With Connected TV advertising, you will reach viewers that advertisers cannot reach without traditional TV commercials.

Some of the benefits include:

With CTV audience targeting, you are assured that your marketing dollars will reach your most valuable and targeted viewers.

The major difference between CTV advertisements and other types of programmatic media is the metrics to track. Viewers are not on a laptop and cannot click right away like they would a display ad. That means that using CTV for awareness campaigns is the most effective. You will have to track the performance of a CTV campaign through metrics such as cost per completed view (CPCV) and video completion rate (VCR). CTV has programmatic platforms that allow you to measure the results of your Connected TV campaigns using both digital and traditional metrics, including video completion rates.

With CTV, it’s possible to leverage a similar campaign setup and target as other programmatic media buys like native, display, and video advertising. Therefore, like with any programmatic campaign, you can assess progress against goals and metrics while a campaign is live.

According to the statistics by Nielsen, in 2020 alone,  the total hours spent with CTV devices was up 81 percent year over year. Most advertisers also express interest in learning the demographics most likely to watch their shows on CTV devices. For instance, eMarketer found that younger audiences are more likely to be CTV viewers. The older demographics are also switching from traditional TV.

CTV adoption has been accelerating, with many CTV viewers watching ad-supported content. Viewers in the US and Europe prefer to watch free-to-view programming versus paying to watch the same content without ads. Furthermore, eMarketer, found out that more than one-third of US households will have cut the cord by 2024. Cord-cutting can also refer to viewers who are reducing the number of hours of subscription TV viewed in favor of TV content served via the Internet. 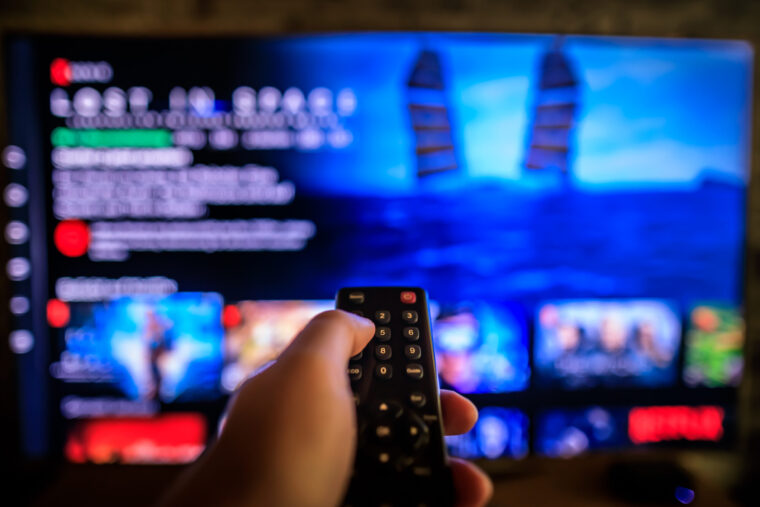 The Differences Between CTV and OTT

To truly understand the difference between OTT and Connected TV, let’s compare each platform. This will help to better understand their role in the programmatic advertising landscape.

OTT doesn’t require a physical cable box because it broadcasts “over-the-top” of the traditional cable framework. Here’s a real-world example to help better understand how to view connected TV vs. OTT; Viewers who watch Netflix on their mobile devices are streaming OTT content. But what if they were to watch Netflix through a Chromecast that’s plugged into their television? In that case, they’re streaming OTT content over CTV.

In terms of usage when it comes to advertising, the two can be used interchangeably, but the difference comes down to the devices on which the ads are served.

If served exclusively on a TV screen, OTT advertising transforms the TV into a performance marketing channel, which means advertisers can target audiences (using either first or third-party data) on their OTT/CTV device across ad-supported shows on premium networks. These networks vary depending on the type of CTV advertising platform that you’re using. MNTN, for example, partners only with brand-safe and top-tier networks like CNN, CNBC, and ESPN. After your OTT ad is screened, you can track who has visited your brand’s website and converted from watching your ad.

So, what’s the bottom line? OTT advertising is video content delivered online through smart devices, including traditional closed TVs. On the other hand, CTV refers to TVs capable of connecting to the Internet to access content beyond what a cable provider offers. The big (and most important) difference is that OTT can be served on mobile and desktop, while Connected TV is only served on television screens. OTT should not be confused with Connected TV advertising – they are two different things! As you can see, there are some key differences, but ultimately, they both serve the same purpose: getting your video content in front of consumers.