According to the Interactive Advertising Bureau in this Ad Age article, mobile ad revenue increased by 66%, which is ten times more than desktop advertising’s growth year-over-year. So why does television still take up so much of the advertising budget when mobile is reported to take up, on average, only 12% of the budget? 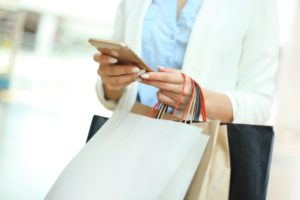 Part of the reason is most likely due to the current misconceptions about mobile advertising. When you think of seeing an ad on your phone, you probably think of the super annoying, flashing banner ads that pop up and disrupt your browsing. But mobile ads have evolved quite a bit over the last couple of years.

Digital audio advertising is the industry’s latest newcomer, making its way on the IAB report for the first time last year and reaching an impressive $1.6 billion in 2017, the majority of which came from mobile. It’s predicted to be a major growth category moving forward.

Social media and search continue to be strong categories for advertising spending, but their growth is nowhere near the potential for video and audio in mobile. For advertisers, there is good and bad news. The good news is, since video and audio are still relatively new, they’re also relatively inexpensive because competition is lower. However, as these categories continue to see rapid growth, competition will continue to increase, forcing prices to climb in the coming months and years.

Want to get started fast on your next mobile video or audio campaign? Give us a call or fill out our contact form and we’ll get you up and running in less than a week.